An estate of excellence 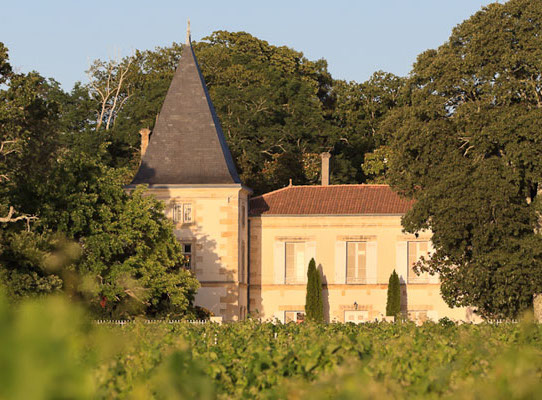 The origins of the Estate go back to the Gallo-Roman period. It took its name during the Middle Agse from the first land owner’s profession: a tax collector called “écot” collecting.

It is mentioned as a winery since the first edition of Bordeaux Wines in 1850, under which the Chateau Escot is currently named, in the village of Saint Trélody.

In 2001 a treasure is discovered by an archaeologist between wine lines and presented straight away at Vinexpo in Bordeaux.

The most ancient piece discovered is a scraper of flint from Palaeolithic period. Materials brought to light include an axe side from 1500 BC, a roman coin representing Augustus and Agrippa with a chained crocodile symbol of Egypt conquest, a Roman coin from 330 showing the she-wolf that suckles Romulus and Remus, a coin from the Hundred Years’ War and another mint coin from Louis XIII. Several Napoleon coins and a broad variety of military buttons complete this set. An even more luxurious treasure is found in 2009.

As far back as 1868, the winery is ranked Cru Bourgeois. In 1932 the Bordeaux Chambers of Commerce and Industry and Chamber of Agriculture took the initiative to form an official classification of Cru Bourgeois with 444 estates among which Château Escot.

The Estate sees a revival in 1991 thanks to Hubert Rouy, originally from Burgundy; he is an educated businessman passionate about wine. He acquires the Château, built in the beginning of 18th century, and the surrounding vineyard. From then on Hubert Rouy starts restoring the vineyard and wine tasting cellar into working order.

In 2004, his son Bruno joins the Estate and plays a strong part to its growth. This trained oenologist practiced as a wine expert in South Africa though he dedicates his great passion to Bordeaux terroir. His commitment and thoroughness are fruitful as he gains Cru Bourgeois recognition in 2008 that is since, renewed every year.

The Estate produces over 112 barrels of wine which quality is regularly rewarded, nationally and internationally. The Château Escot wines are exported to the United States, Russia, Asia and across Europe.

In a Bordeaux landscape, Château Escot has made its own revolution and broke with traditional Médoc codes.
A simplified name: Escot, for an easy memorisation
A colour: orange, for its energy and grace
A prestigious collaboration: Michel Rolland oenology consulting, the well-known winemaker with international reputation.

Since then, Château Escot responds better by its quality and growing attraction to Bruno Rouy’s ambition for this graceful Médoc Estate.